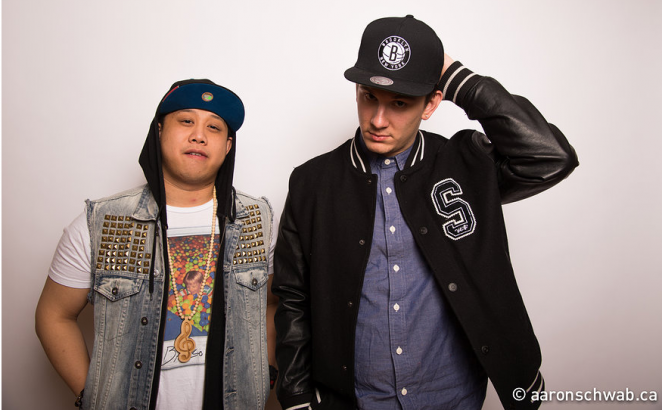 Wudddupp friends?! Getting hella nervous for finals? Samesies. Well, maybe not. Anyways, we had a little bit of a different show this week. Instead of bringing yall that classic RapUp ratchetness, we had another killer interview. This time, it was with some RL alumni. GoHawksGo!

Before we get to the hip-hop hawks, we had to run thru some headlines. We gotta keep yall up to date. Nawww’m sayin? So T.I. just signed to Columbia for a little better management on the business side of things. Long live the king of the south. However, someone who isn’t living long and prospering is Mr. Lupe Fiasco. This past week, the Chicago MC got heckled and bombarded with tomatoes at his very own concert. So how did Lu handle it? Well, he bounced. Fair enough. BUT, we gotta give a big happy birthday to Doggystyle and The Black Album, both of which are celebrating  their anniversaries this week. Classsssics.

In other news, Birdman, Khaled and Meek Mill gave out some turkeys, Jay-Z bought a painting for $45 million and Kanye might possibly be insane.

Now, time for that good good. This week we brought through some of Laurier’s dopest alumni spitters. I know that yall have seen these guys around campus at some point. You may know them as Mic Tee and JC but together they are the rap-duo Diemens. They both did their solo rap grind in university but linked up afterwards and are definitely making moves. They came thru and gave us a little taste of their new EP entitled ‘Genesis’. It features some really dope introspective bars as well as some of the hardest knocking anthems we’ve heard in a while. They just dropped a video for their track Young and yall can check it out right here.

They are also killing the live show circuit. They just came back from Miami and are bringing yall that heat. They are performing this Friday at Bobby O’Briens in Kitchener. make sure to check ’em out if you’re in the area. ALSO! Give ’em a follow on Twitter @MicRTee @JC_DieMens to get all their updates. If you guys wanna download the project, get it right here. #DiemensAreForever

Well, that is it from us. Make sure to catch us next week at the same time and place.